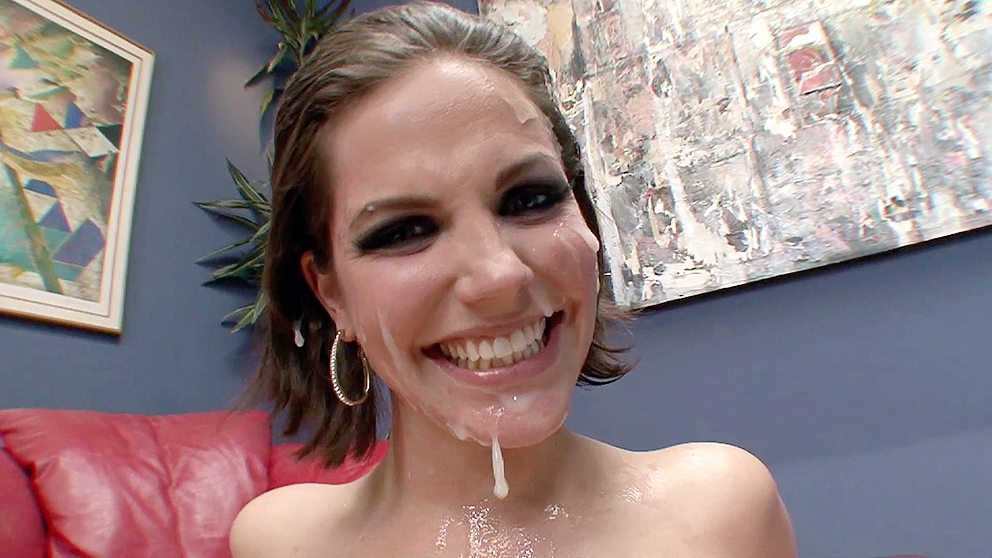 
JulesJordan.com - Bobbi Starr Dp'd, Then Takes On The Brother Load Challenge
04/18/2016
Bobbi Star is a natural little cocksucker and in this interracial scene from the wildly popular series, The Brotherload, she gets all of her orifices sated with massive cocks. Bobbi is sporting some hot bush in this scene and she spreads her lips open to ride one cock while attending to the other one with her other lips. She makes sure these big black cocks are rock hard by the time they plug her pussy and she takes a pounding with a smile on her face the whole time. She loves getting fucked and the guys give it to her nice and hard. Bobbi Star is one of the filthiest sluts that ever came across the lens! She's not satisfied without a cock inside her so she's twice as happy getting double stuffed with these two dark swords and takes those cocks, simultaneously, with the greatest of ease. When you think she can't be any happier - she gets the Brotherload treatment. Not only does she earn the two loads she's been working for the whole time but she takes all the loads that all of their friends have to offer. Her pretty face is slathered in semen from 8 or 9 or 10 loads.... we lost count!
Movie:
The Brotherload #2
Bobbi Starr
Category: Anal, Big Cocks, Black, Blowjobs, Double Penetration, Facial, Group Sex, HD, Interracial, Lingerie

JulesJordan.com - Karmen Karma: All Holes Stretched To The Limit

JulesJordan.com - Asian Supermodel Vina Sky Takes It Up The Ass

JulesJordan.com - Marsha May Likes Her Cocks Big And Black