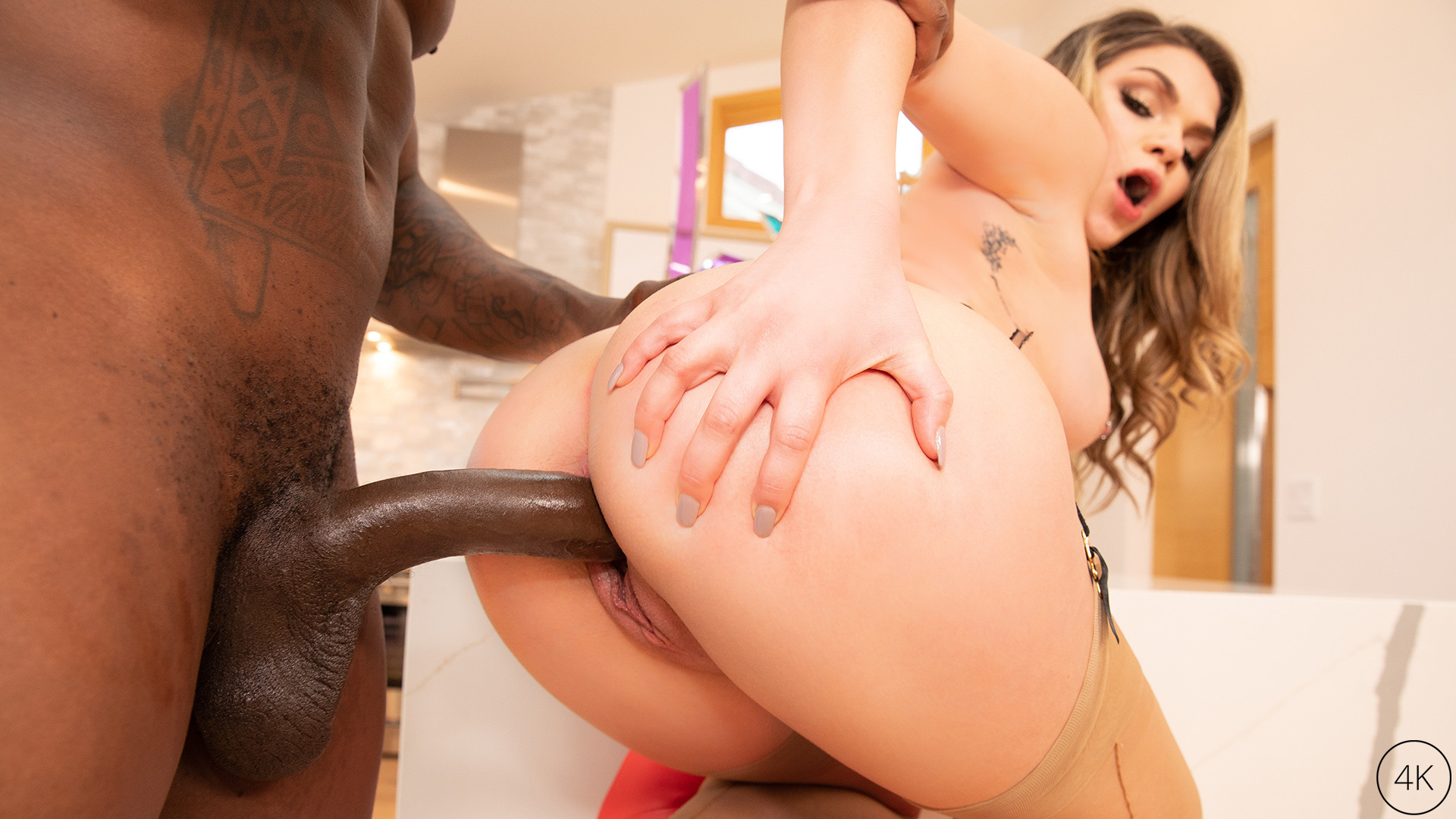 
JulesJordan.com - Athena Faris' First Interracial
01/29/2019
Athena Faris gets a taste of her FIRST Black Cock with help from Rod Piper! Athena’s dressed in sexy pink and black lace lingerie with stockings and matching high heels. She makes her way onto the countertop and slides her fingers beneath her thong to play with her tight pussy before meeting up with her BBC. Rob joins her in the kitchen and carefully examines every inch of her body then sucks on her nipples before Athena gets on her knees and rubs his cock through his pants then pulling it out to have a taste. Athena worships that big black dong as she takes it deep down her throat, making herself gag on that thick cock as Rob fucks her face. He helps her out of her lingerie, then licks Athena’s wet pussy before he starts pounding her hard from behind. They move to the living room where Athena hops on top of that BBC and gives Rob a ride to remember. He picks her up and bounces Athena on his cock while he’s standing then they get back on the couch for more action. Athena literally does splits on that BBC then Rob blows his load deep inside her pussy and we get to watch it all ooze out before Athena licks it all up.
Athena Faris, Rob Piper
Category: 4K, Big Cocks, Black, Blondes, Creampie, Interracial, Lingerie, Natural

JulesJordan.com - Judy Jolie Has A Wild Wet Dream About Getting Fucked In A Car