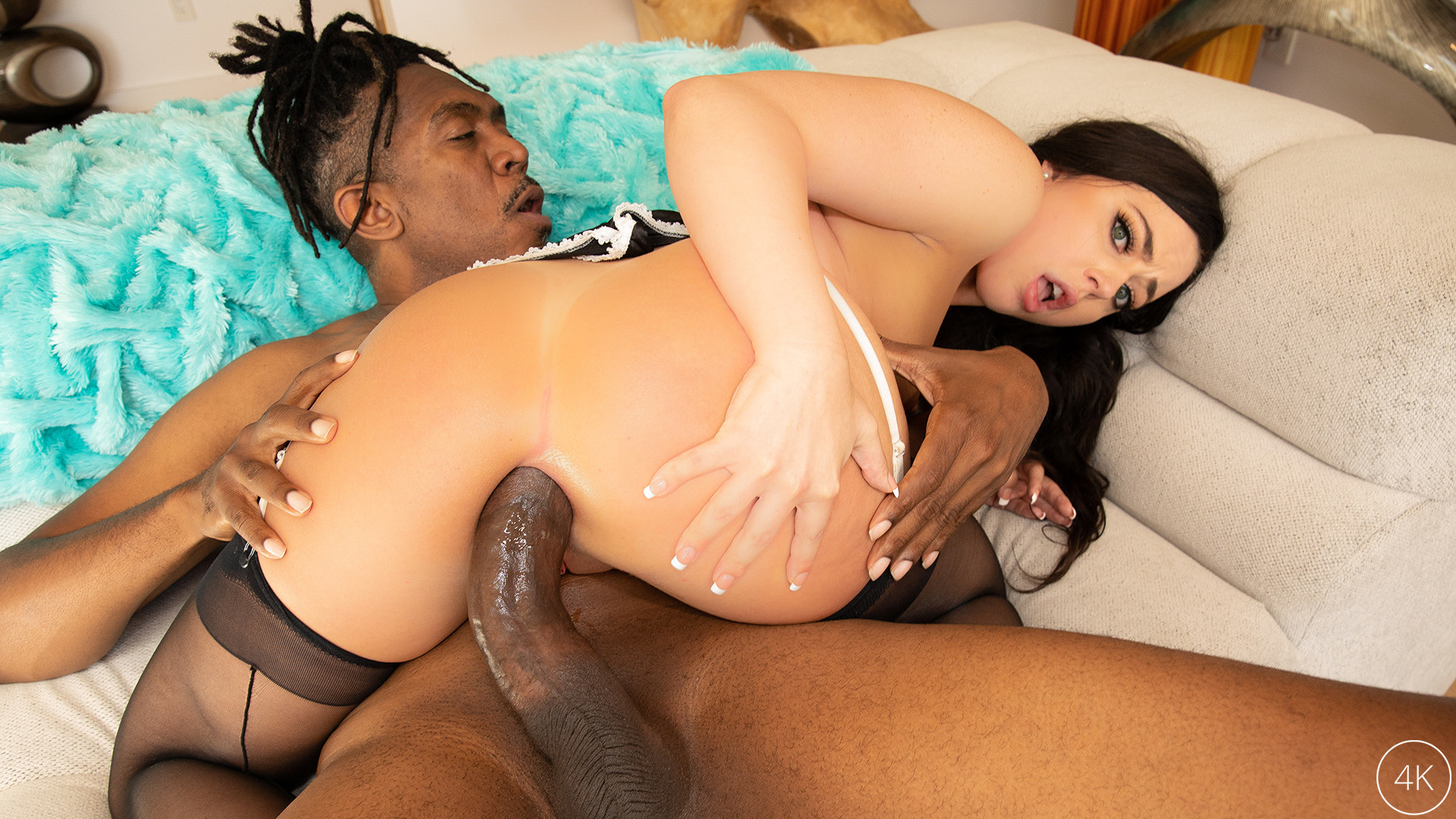 
JulesJordan.com - French Maid Whitney Wright Impales Her ASS On The Biggest BBC She's Ever Seen
10/13/2019
French maid Whitney Wight attempts to take Dredd’s GIANT cock up her asshole! Whitney is looking hella hot in her sexy French maid outfit as Jules has her dust his house. He has her bend down so she can reach all of the dirty spots, giving us an amazing look at her perfect ass, then she makes her way over to dust the entertainment center. Dredd’s watching and waiting as Whitney finishes up cleaning and Jules suggests that he thinks she needs a raise. She’s caused a raise in Dredd’s pants, so it only make sense that she helps him out with it. Whitney gets on her knees as Dredd pulls out his massive BBC and she starts sucking and stroking that dick. She remembers to clean his balls with her tongue and even gives him a rim job before climbing on top and impaling herself on that tree trunk cock. Whitney moans with every pump of that big cock as it goes deep into her tight snatch giving us an amazing view of her perfect ass cheeks bouncing on that dick. Dredd flips her over into missionary to continue the pounding until Whitney stops so she can prepare her asshole for that BBC. She toys her ass with a thick black dildo as she grinds against the couch and once she feels nice and stretched out, Whitney makes her way over to Dredd so he can ream her ass. Dredd stretches out her beautiful backdoor as he pounds her asshole hard, then shoots his load all over her pretty face.
Movie:
Dredd Up Your Ass #2
Whitney Wright, Dredd
Category: 4K, Anal, Ass To Mouth, Big Butts, Big Cocks, Black, Blowjobs, Brunettes, Deep Throat, Facial, Gaping, Interracial, Lingerie, Natural

JulesJordan.com - Amia Miley Gets A Luxurious Fuck By A 12' Cock