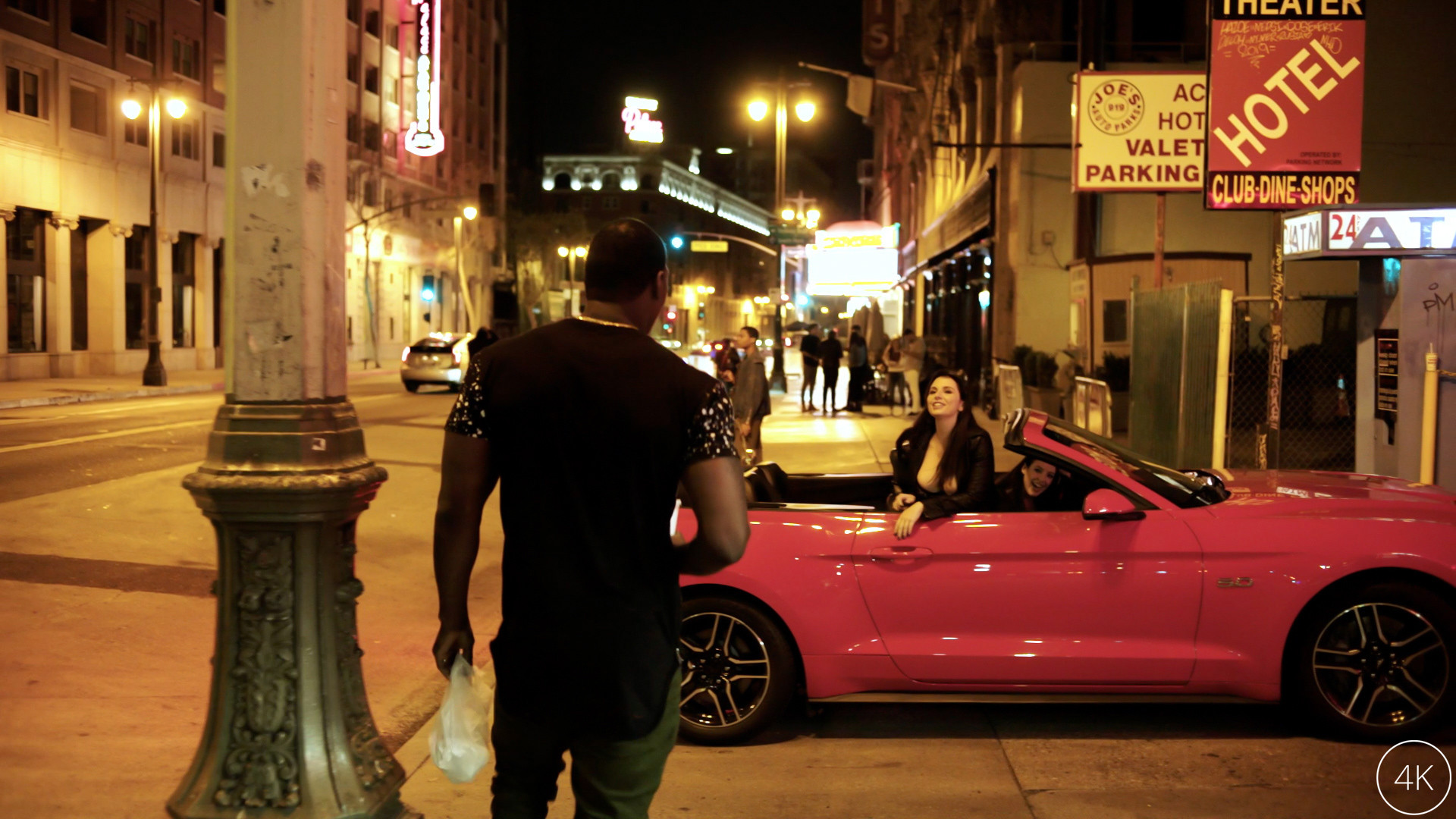 
JulesJordan.com - Tag Team Duo Angela White & Ivy Lebelle On The Hunt For BBC
01/11/2020
Angela White & Ivy Lebelle drive around downtown LA to find a BBC! Ivy was hoping to just go back to Angela’s place and have a girls night but Angela had different plans for them, she wants to find a BBC to take home and have their way with. It’s not hard to convince Ivy to go along with it as they drive away and start their search. They come across Jax Slayher sitting on the side of the road eating and pull up next to him and tell him to get in. He’s confused at first but who’s going to turn down 2 hot babes in lingerie and a convertible so he jumps in. Jax & Ivy hop in the backseat and get things started as Angela drives them back to their place. He pounds her tight pussy with the top down as they drive through town then finally make it home. Once the garage door shuts they strip Jax out of his clothes while Angela joins them in the backseat so they can give him a double blowjob and show off their matching leopard print lingerie. Jax lays Angela across the hood of her car and buries his huge cock into her wet & horny snatch as Ivy plays with her pussy and tits. They head into the living room where Ivy climbs on top and impales herself ok that BBC while Angela spanks her ass and plays with her pussy. The girls lay on the couch next to each other with their legs up in the air as Jax takes turns licking both pussies before feeding both other hungry pussies his BBC again. Jax has his way with both of these curvy cuties then gives them his load so they can share it with each other.
Movie:
Bad Cop Bad City
Angela White, Ivy LeBelle, Jax Slayher
Category: 3 Way, 4K, Big Butts, Big Cocks, Big Tits, Black, Brunettes, Deep Throat, Facial, Interracial, Lingerie, Swallowing

JulesJordan.com - Amia Miley Gets A Luxurious Fuck By A 12' Cock