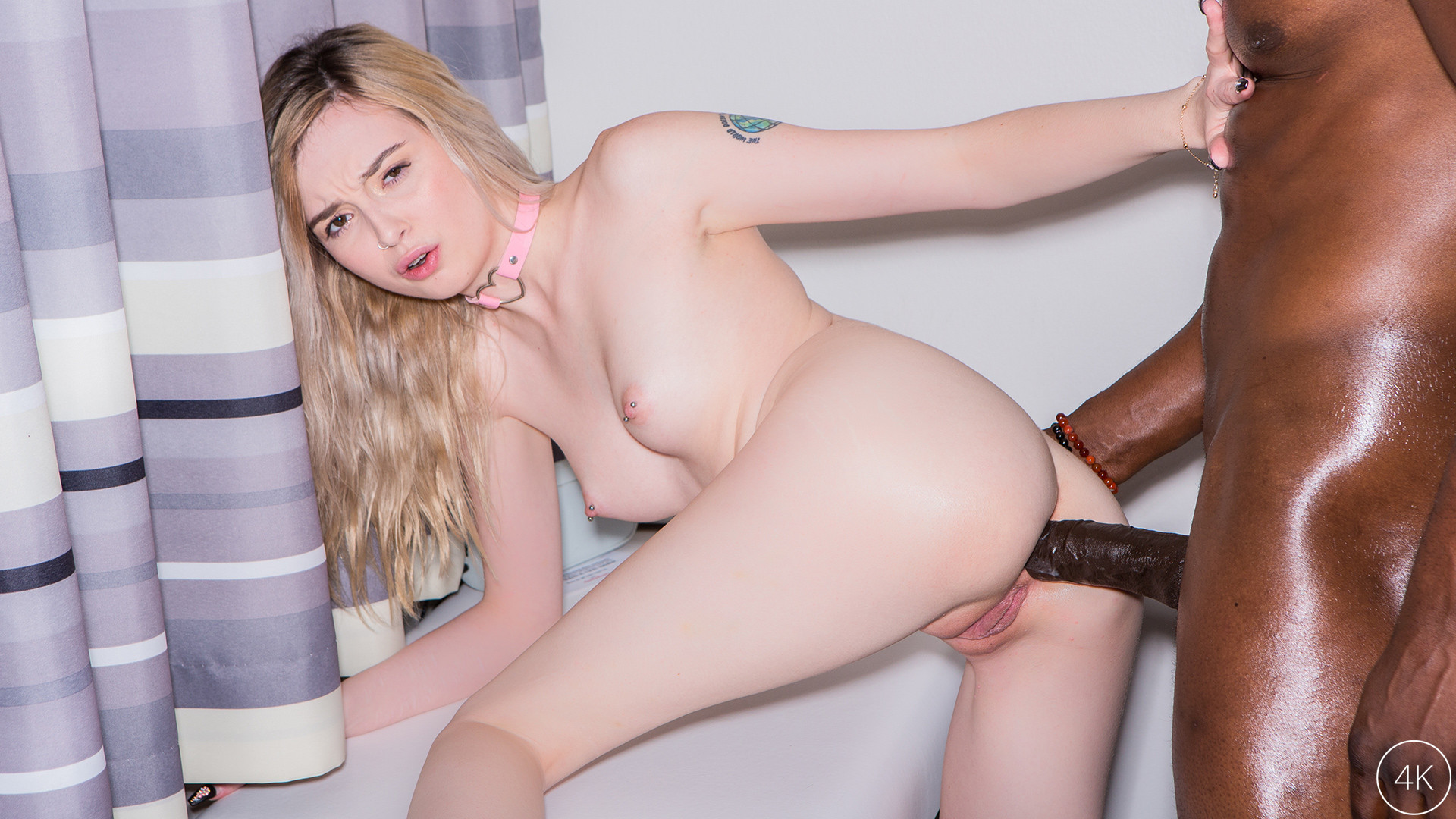 
JulesJordan.com - Hotel Harlot Lexi Lore Gets An Interracial Anal Reaming!
08/14/2020
Lexi Lore meets Jax Slayher at a hotel for an interracial anal romp! Wearing only a bathrobe and a choker, Lexi frolic’s though the hallways of a downtown LA hotel as she tries to find the room she’s looking for. She spins around and giggles showing off her braces, knowing exactly what is waiting for her behind one of these doors waiting for her then Lexi finally removes her bathrobe leaving her butt-naked during the final leg of her journey. Once inside their room Lexi heads into the bathroom where she can show off her petite body in the mirrors until her hung stud decides to join her. It’s surprising that Jax was able to restrain himself as long as he did but the second he joins her he starts rubbing her young, bald pussy which makes her squeal. Lexi drops to her knees and helps Jax pull out his massive cock so she can take it deep down her throat. She gags on Jax’s dick while gazing into his eyes then leans against the sink as he penetrates her wet pussy from behind. Jax grabs ahold of Lexi’s tiny frame so he can hammer her harder while her tight asshole is on full display. They move into the sitting area in their suite and Jax sits in a chair so Lexi can mount him with her legs on his thighs so she can bounce on his thick dick. Jax grabs both her butt-cheeks and parts them like the Red Sea so you get an amazing shot of Lexi’s tiny pink starfish wink. He picks her up and carries Lexi over to the couch to pummel her pussy in doggy while grabbing her hair for leverage. There’s only so much of seeing Lexi’s tight asshole that Jax can take before he decides to take his hard cock out of her pussy and give her other hole a try. After a couple of attempts Jax is finally able to penetrate Lexi’s ass with his long dong as she slowly pushes back to engulf only an inch tag a time. Once it’s in there deep Jax starts ramming her asshole harder and you can see her tight sphincter clenched around that pole as it stretches with every stroke. Lexi stuffs her ass full of cock in reverse cowgirl while her pink pussy yearns for more attention, getting it when they jump on the bed and Jax switches between both her holes while she holds them wide open for him. Drenched in sweat Lexi feels Jax’s cock throbbing inside her so she gets back on her knees as Jax explodes and covers her braces and face with his huge load!
Lexi Lore, Jax Slayher
Category: 4K, Anal, Ass To Mouth, Big Cocks, Black, Blondes, Blowjobs, Deep Throat, Facial, Gaping, Interracial, Natural, Tattoo